Walking through Soho with a Portfolio 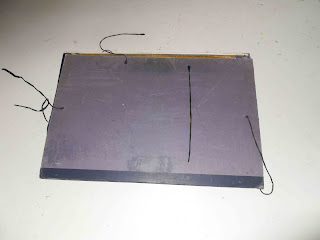 Newly qualified as an Animator and with Britain coming out of its double dip recession, I started to look for work in my chosen field.

In the late seventies, most of the animation studios were based in and around Wardour Street in London’s West End, so weeks of lugging a heavy portfolio of designs, sketchbooks and life drawings began. Most studios did not have access to a projector for my diploma films, so often they would hire a viewing theatre to see my work.

Some studios may have had a letter or phone call from me first, others I decided to cold call. The story was always the same. “We’ll keep your details on fire, but there’s nothing happening at the moment.” A line I’ve had to repeat to many other young hopefuls over the years.

The seedy mews where Long Valley Films was based housed a mixture of film companies and dubious massage parlours. I was to meet Bill Sewell, who had worked on the award winning National Coal Board animated films and The Beatles: Yellow Submarine. He animated the beautiful “Lucy in the Sky with Diamonds” sequence. I opened my portfolio on the floor of the bohemian studio, while Bill smoked his unfiltered cigarette and his parrot looked on.

He looked at me and told me that animation wasn’t what it used to be. It was impossible to get funding for it and that however good you are at it, you eventually fail at it.

I walked back through the mews, watching the ground, wondering what to do next.

The following week I was at another studio, meeting the award winning animation director, Alison de Vere. She asked me which studios I had managed to see on my search for that elusive first break. I listed them. When I mentioned Long Valley, she went very quiet.

Then she asked if I had seen Bill Sewell.

She had been to his funeral the day before. He had died soon after our meeting.

For the second time in just over a week, I left an animation company feeling low, but I didn’t take Bill’s advice, and carried on looking for work. Soon I was picking up freelance work, and starting my own animation company. But I’ve always remembered his words, and I’ve found myself almost repeating them to recent graduates, during the current double dip recession.