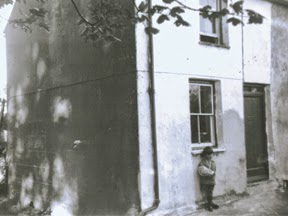 Monday nights are not going to be the same again... at least until a second series of Hinterland is given a similar BBC Four airing. It's a dark series, its troubled detective's empathy extending to fellow estranged fathers, be they convicted arsonist or wife batterers.


This, far too short, series of Welsh-Scandi comes to an end this week. Hinterland, or Y Gwyll as the Welsh version is known, was first seen on S4C last autumn and BBC One Wales at Christmas; with the second series due to go into production later in the year, I hope the rest of the UK won't have to wait quite so long for a BBC Four transmission next time.

After Broadchurch and Line of Duty, Hinterland is the latest in my 'can't miss an episode' list of crime dramas that have been broadcast on UK television over the past year, but unlike the BAFTA winning Broadchurch, which was a study in character, Hinterland joins another recent British crime-noir series, Shetland, where the location takes centre stage. I look forward to watching DCI Mathias tramping through the real star of the show, the underbelly of the bleak Ceredigion countryside.


for more Ceredigion, go to  A Welsh White-washed Cottage.
Posted by Simon Bor at 05:41