The odds about having the same birthday and deathday should be 365.25 to one, as long as you're not born on 29th February.

Birthdays invariable involve alcohol, so the odds are reduced somewhat.

I decided to put this to the test, yesterday, when my wife and I met up with old friends, Peggy and Bone, to eat olives and drink prosecco on a sunny afternoon to celebrate my birthday.

Sure enough, my odds of achieving 'The Double' were reduced when a fossil hunter decided to dig up a World War 2 hand grenade and take it into the Heritage Centre behind our sea-view perches.

Not that we, or anyone around us, were aware of the situation for a hour or so. Eventually people were herded to the far end of the beach in dribs and drabs only to be told the device was going to be destroyed in a controlled explosion near the beach cafe where we had taken refuge. 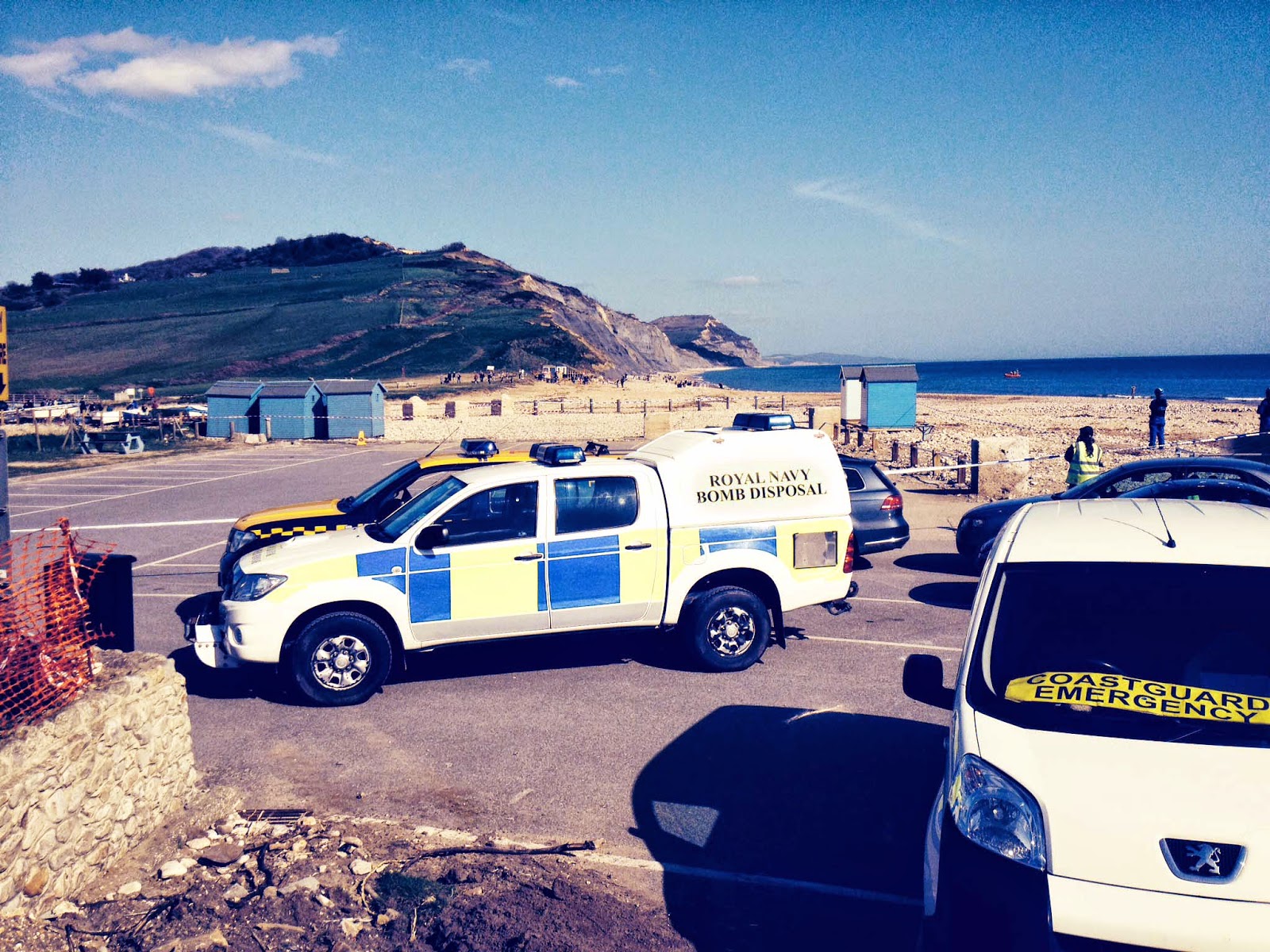 After moving up the cliff, we were then moved back to where we had started, to witness the Bomb Disposal Unit blow up the grenade. 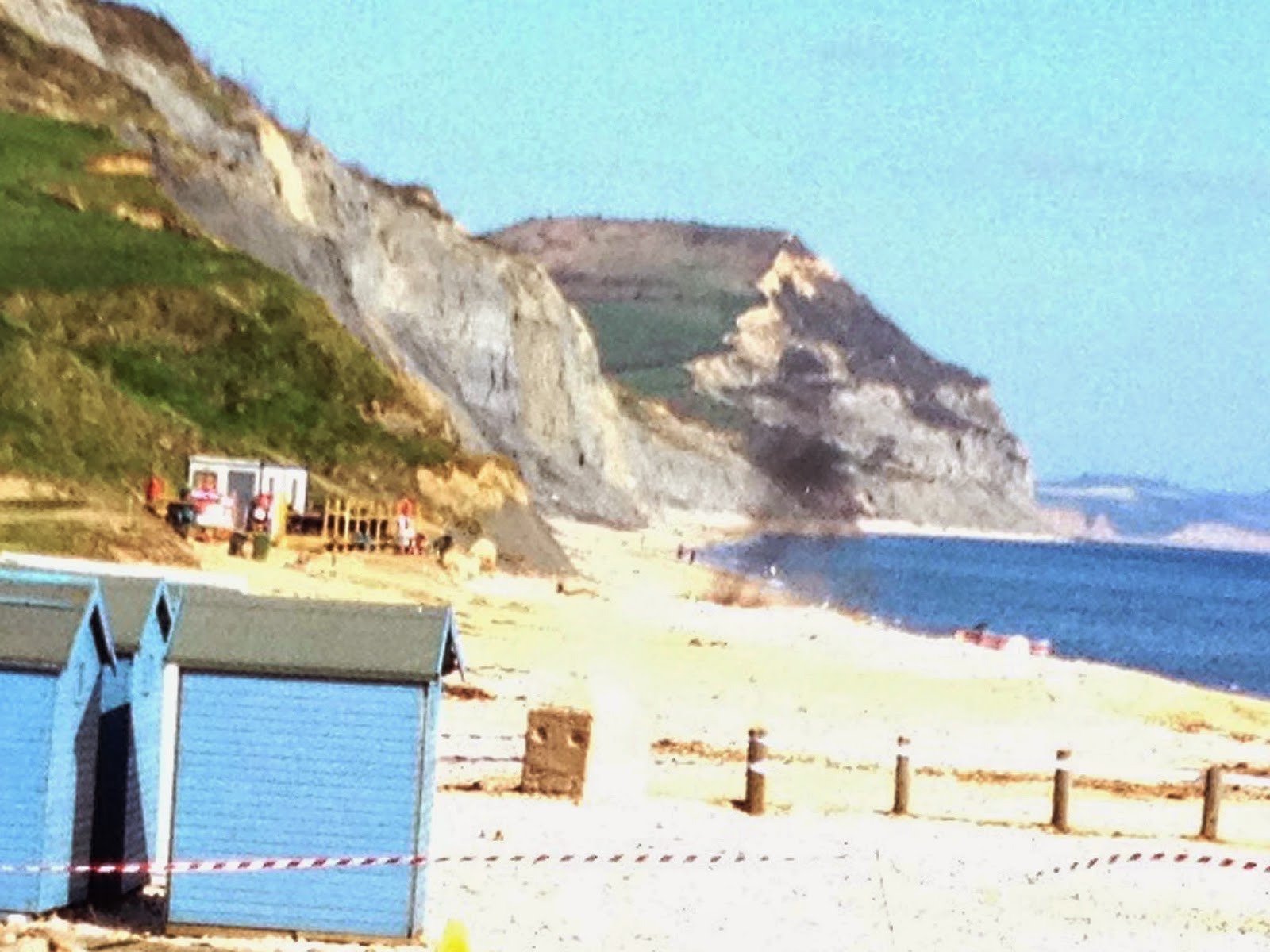