Through the Portal: The Twins Paradox 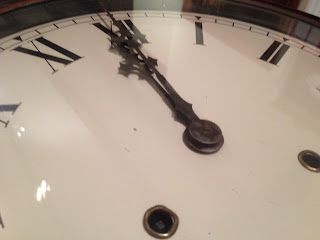 A single fact from scientific theory can legitimize the far-fetched. Take the nature of time. We move forward in time at twenty-four hours a day and sixty minutes an hour. ‘We are all time travellers… We are all stuck on the same train, and for practical purposes, it never speeds up, slows down, or goes backwards’ (Time Travel in Theory and Practice, Love (2013) from The Time Traveller’s Almanac.) Or does it? Absolute time is a theory of the past; gravity slows down time’s progress and travelling at high-speed triggers the contrary.

Part 3 of Through the Portal looks at The Twins Paradox and Robert Heinlein's 1956 novel, Time for the Stars.


Time for the Stars illustrates a plausible method of time travel. The physical movement through time is theoretically possible – travelling at high speed or being able to suspend animation – but only in one direction: forward. Heinlein’s starting point is to understand the nature of the speed of light. Time is relative: we literally look into the past. What we perceive in front of us actually happened nanoseconds before the light it reflects hits our retinas. ‘We see the Moon as it was 1.3 seconds ago, the Sun as it was eight minutes ago’ says Love in Time Travel in Theory and Practice. We view stars in the night sky in the state they were in decades, centuries or billions of years ago; some of them are already dead but the evidence of their demise may not reach us for millions of years. The Twins Paradox is the theory that by travelling at close to the speed of light, a space pilot could spend 10 years on a return trip into deep space, while his twin would have spent 50 years waiting for him on Earth.

In A Brief History of Time (1988), Stephen Hawking states that the Twins Paradox is only a paradox if the concept of absolute time is accepted. ‘In the (Einstein’s) theory of relativity there is no unique absolute time,’ says Hawking Heinlein uses this theory quite literally by sending Tom, a teenage boy on a three-year mission into deep space. When he returns, his twin brother, Pat, is ninety years old. In a twist to the accepted scientific theory, Heinlien gives his twins the ability to communicate through telepathy in real time as experienced by each twin. A degree of alchemy is added to real theory to enable the twins to communicate. Heinlein gives this dialogue to one of his characters. ‘Have we given you the impression that telepathy is physical? … we do know that telepathy is faster than light because we measured it.’ Through this device, which Heinlien describes as ‘slippage’, we experience over seventy years of the life of Earth bound Pat and only three years for space traveller Tom. Without this telepathic link, there would be no communication possible between the ship and Earth. Of course Heinlien could have told a story from the point of view of both twins in isolation, but using the telepathic device he was able to use a single narrator’s voice.
Posted by Simon Bor at 00:46