Links to reports by Simon Bor from The Children's Media Conference 2015, held in Sheffield from July 1st -3rd. 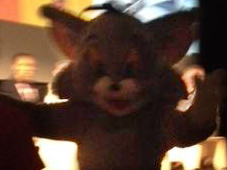 Tom and Jerry try to upstage Dick and Dom at the "It Takes Two" session.