First words; The novel is underway, 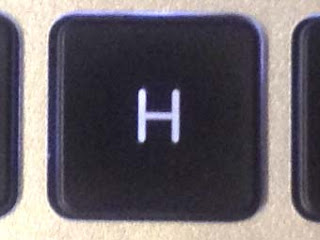 I've been mulling over the story for some time, but this week I started writing the novel. I've got the whole thing planned out, but things will change as the words start to flow.

My first novel has now got a first letter, first word, first sentence and even first chapter; first draft of course. That's a white lie. I did write several chapters of the book in the autumn, but the story has moved on since then, so this is draft one of the current version.

All I can tell you at this stage is that Chapter One has the same name I gave it when I started planning the story and that the first letter is now "H" rather than the "T" I was going to use last October.

The first word changed from "The" to "He" and the first line was going to be "The bell sounded". In my latest draft the first word has been changed once again. It's the name I've given to my main protagonist, and begins with a "J".

The location of the narrative has moved 248 miles since my first version, and, according to Google Maps, it would take 4 hours 20 minutes to get from one to the other if the M40 and M6 were used.

The period the novel is set in has moved by 50 years.

I use the word "eelworms" twice in the opening chapter.

The way my novel is coming along, I feel I'm still some way off from committing to a first letter! My opening scene has changed three times already, never mind the first line. Something tells me I need to stop pussyfooting around and just get a draft done!