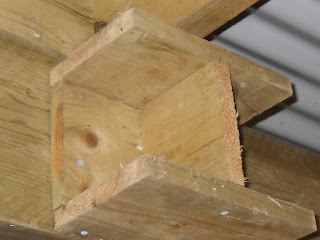 Summer isn't far away at our Mid Devon home. The early spring bulbs are over, the trees have greened up over the last two weeks and cherry blossom is blowing into the rapidly growing lawn. It's nearly always the second week of April when the first swallows make it home, though one intrepid bird arrived in late March one year and was alone for more than two weeks before any others returned.

Today, I spotted the first swallow of 2012. At the moment it's a lone swallow who has spent most of the day sitting on the telephone line, singing it's mixture of song and clicks. An amplified version of that familiar noise was last heard here in September. There was great excitement on that same telephone line, as forty or fifty birds lined up for their migration to South Africa. It's a shame that so few make it back each year. We had at least eight breeding pairs under our eves, in the garage, sheds and stables last year. A big improvement from the year before, when only two pairs and a lone swallow made it back to us.

We converted a barn for use as our studio a few years back. As there were a few nests in the barn, the mandatory wildlife survey obligated us to put up six swallow nesting-boxes in another shed. There have been plenty of new nests built by the returning swallows, but no take up for the nest-boxes. They have so far remained empty for five years.

Maybe this is going to be the year of the nesting boxes. A bumper year for swallows. It will all depend on how many pairs succeed in their return journey to Devon.