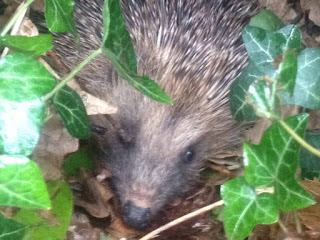 This hedgehog with at least two offspring, has moved into the mound of leaves at the base of our wisteria.

It's the first time we've had the honour of being hosts to the prickly creatures since moving into Bor Mansions  fifteen years ago.

In fact you hardly ever see squashed hedgehogs on the roads of Mid-Devon, so there can't be many about these days.

Watching her face peer out from her den, I can see how Beatrix Potter and Alison Uttley were inspired to create their books.

When I was growing up, Mrs Tiggywinkle inspired my aunt to call her cairn terrier, Tiggy, as it had looked like a baby hedgehog when it had first arrived. Much as I enjoyed the world of Beatrix Potter, it was Alison Uttley's Wandering Hedgehog that made me curious. Just what was in the hedgehog's smoking pipe that produced those psychedelic images?

How to Name a Company 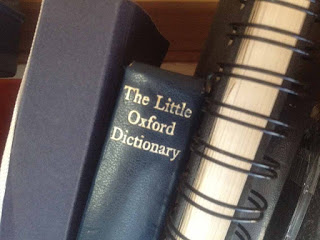 I owe a lot to The Little Oxford Dictionary, fourth edition published in 1969.

Thirty years ago this month, my wife and I set up the animation company that was to go on and produce series such as Tube Mice, Wolves Witches and Giants, Binka, Funky Valley and Grizzly Tales.

We about to sign a contract to make a film for The Geological Museum for a sum well in excess of the figure we had just paid for our first house. All we needed now was a name for our new company.

We sat in our kitchen with a college friend, and went through scores of names. It was so nearly Frame-by-Frame, but that didn’t seem to feel right for us.

I had worked at Rocky Morton and Annabel Jankel’s Cucumber Studios in the early eighties. They had chosen their company name by numbers. One of them had chosen a page number of a dictionary at random, the other chosen a figure between one and fifty, to represent which word on that page should be chosen. Cucumber was the result.

We decided to repeat the experiment. The first result was unusable. So dull that it was immediately forgotten. We tried again.

That sounded a possibility to us, but then we read the definition,“structure of hexagonal cells”. Animation was made with cells. That was a good enough link for us.

I've often wondered if our random choice has helped or hindered the company.

In an alternative universe where the first word on page 409 was chosen, would Pomegranate Animation be a billion pound enterprise listed on the stock-market or would it have been just one more name in that long list of nineteen eighties business failures.

Honeycomb has served us well for thirty years, we could of so easily selected Shoddy, the 22nd word on page 503. Where would we have been then? 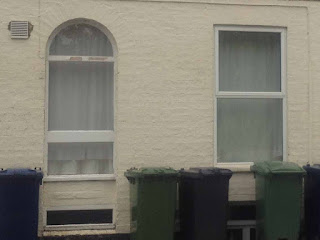 Full article»
Posted by Simon Bor at 12:32 No comments:

God Save the Queen - A missed opportunity 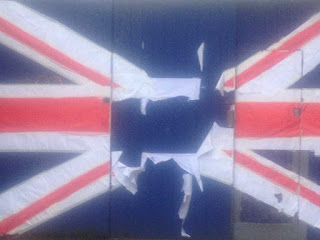 Royal Jubilees always remind me of The Sex Pistols, and my missed opportunity of going to their first gig.

A group of art students, including myself, were drawing by the Thames. One of our number told us that Glen, a friend from his foundation course was going to play at St Martins, where we were studying Graphic Design.

Johnny and his Sex Pistols, as they were going to be called, didn't sound like a great name to students who were more into Pink Floyd and David Bowie, so we went to the pub instead.